The Volvo 60, ‘Team Heiner One’, formerly known as ‘Tyco’ lies either in our Portuguese home harbour Portimão, or in Den Helder in The Netherlands.

The V60 ‘Team Heiner One’ has been totally renovated and brought back into racing condition. Team ABN AMRO used the V60 as the training boat for the preparation of the Volvo Ocean Race 2005/2006. Team Heiner uses the boat the most for company events and management training sessions, but also for races such as the Antwerp Race and the spectacular Round Ireland Race. 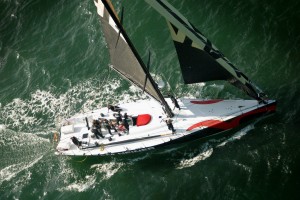